his is interesting especially as it is located close to the Sculpture, in memory of Brendan Behan, at the canal bridge on the same street.

Peadar Kearney 12 December 1883 – 24 November 1942) was an Irish republican and composer of numerous rebel songs. In 1907 he wrote the lyrics to "The Soldier's Song" ("Amhrán na bhFiann"), now the Irish national anthem. He was the uncle of Irish writers Brendan Behan and Dominic Behan. Kearney was born at 68 Lower Dorset Street, Dublin in 1883 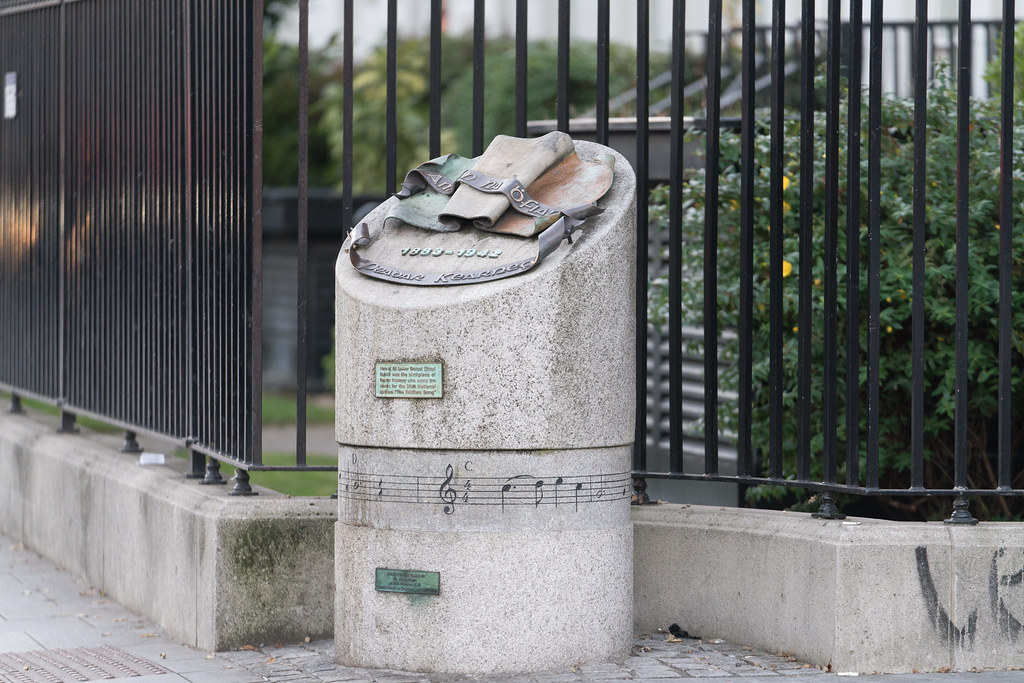