Sometime next year Lonely Planet will publish a book about street art and it will include some of my photographs.

It has taken my about two years to determine who was responsible for this example of street art in Brussels … no doubt many of you could have told me that it was an artist known as ROA.

ROA (born c. 1976) is the pseudonym of a graffiti artist from Ghent, Belgium. He has created works on the streets of cities across Europe, the United States, Australia, Asia and New Zealand.

ROA generally paints wild/urban animals and birds that are native to the area being painted. ROA usually uses a minimal color pallet, such as black, white, but also creates works using vibrant colours depicting flesh and/or internal systems within the animals and birds.

In 2011 ROA came to particular notice in the UK when Hackney council threatened to paint over one of his paintings, a 3.5m high rabbit. The rabbit had been legally painted on the wall of The Premises Studios in Hackney Road, London. A campaign was launched to keep the mural, by the building's owners and local residents, forcing the council to change its mind.

While exhibiting works at Perth's Form Gallery, ROA was commissioned by the City of Fremantle to leave his mark on Fremantle, in about 12 hours ROA created a 25-metre (82 ft) mural of a Numbat which he chose because it is a local endangered species.

In 2010, ROA participated in the Cologne CityLeaks Festival and painted a mural in Ehrenfeld at Senefelderstrasse 5

In August 2012 ROA took part in the See No Evil street art festival in Bristol, England, creating a two-storey high fox on the side of a building.

In January 2014 ROA visited Dunedin in New Zealand and painted a tuatara mural on a building on Bath Street. 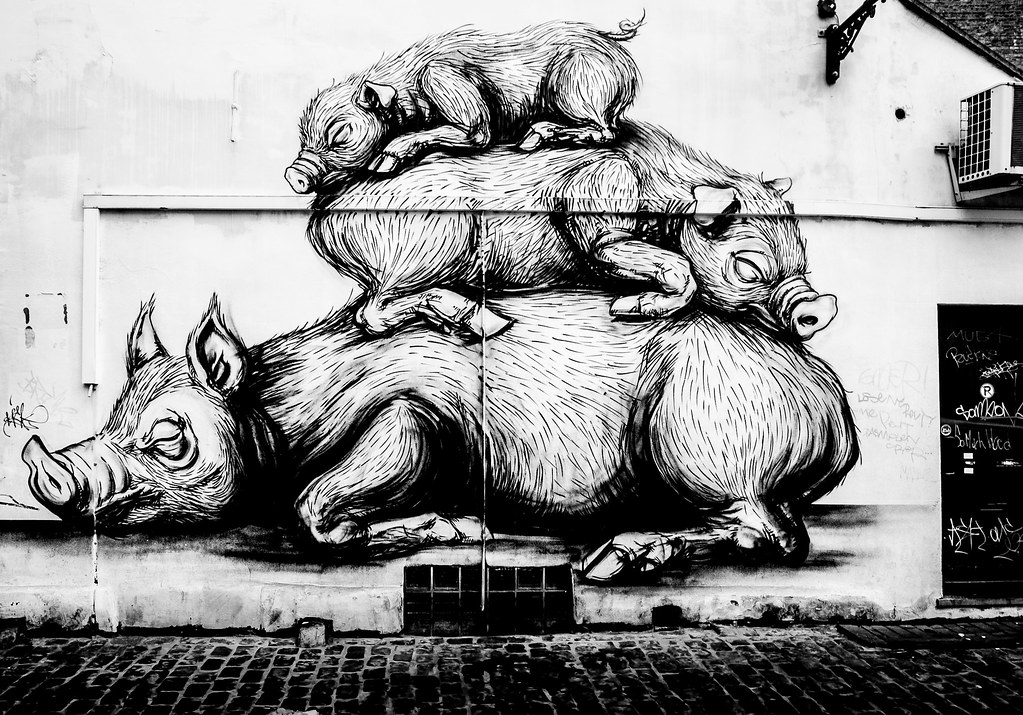