Nearly all online descriptions describe this very attractive bronze sculpture as ‘Two Female Nudes Embracing’ but it is in fact L’Ame Sentinelle’ which was created between 1982 and 1984 by Nat Neujean.

There also appears to be some confusion about the artist. Any online description that I have found claims that the artist was Nat Helligan [a number of different spellings] but the artist responsible is Nat Neujean as already mentioned.

Neujean was born in Antwerp, 5 January 1923. During the years 1939 to 1941, he was a student at the Academy of Fine Arts in Antwerp. Among his better known busts are those of Tintin (1954) for the Belgian Comic Strip Center in Brussels, Hergé (1958), and Robert Schumann (1987), a bronze bust in the Parc du Cinquantenaire of Brussels. He is also noted for his life-sized nude, La Belle Toscane. Another of his sculptures, a figurative bronze titled Lot's Wife (1968), is in the US at the Valley House Gallery and Sculpture Garden of Dallas, Texas. His mounted bronze of Henry Moore is part of the Collection of Charles Rand Penney, while Tendresse, a bronze, is part of the collection at McNay Art Museum. His work has been exhibited at the Museum of Fine Arts, Boston in 1964, and Rolly-Michaux on Madison Avenue in New York City in 1974. 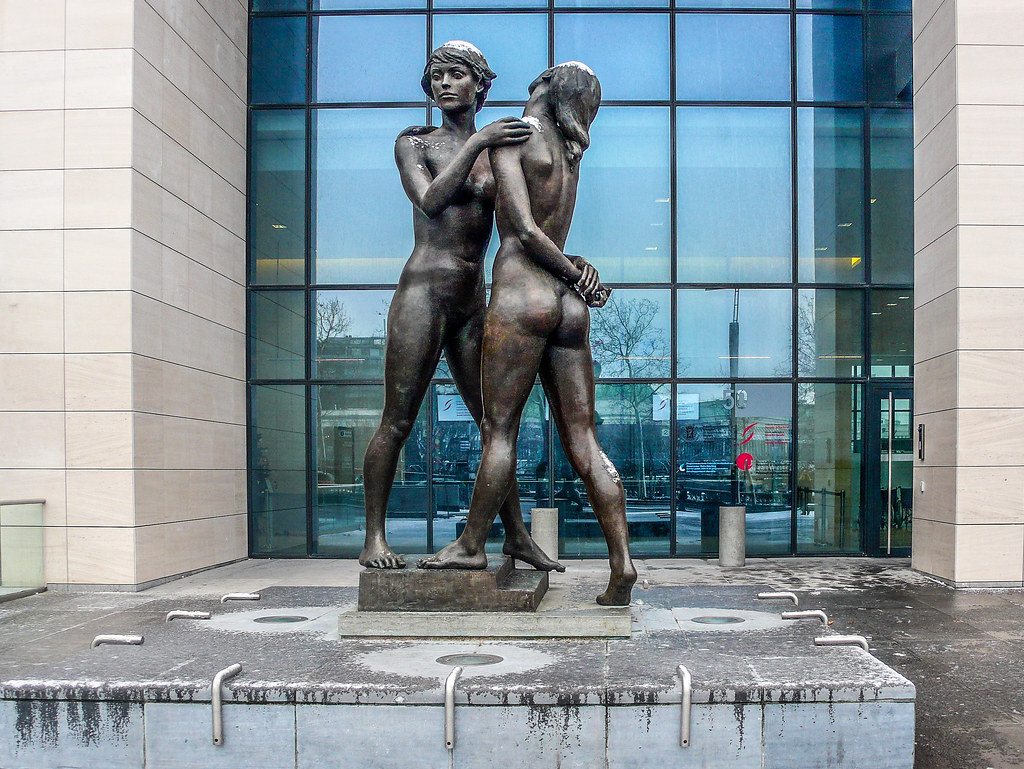