I photographed this in December 2009 and the quality of the photograph was very poor because it was so cold that my camera failed to work correctly. The auto-focus jammed and never properly recovered [It was a Sigma DP1]

It has taken me many years to identify this. Because a local told that it was the RabbitGirl I had previously described this as a ‘bunny on a bike’ or a ‘rabbit on a bicycle’. A few weeks ago I came across a photograph by the BBC with the title ‘Cat On A Bicycle’ so I now knew that it was not a bunny or a rabbit. Anyway a few days ago I came across the following description: “A statue called "La Cycliste" by Alain Séchas features a cat on a bicycle“

This elegant cat cyclist resulted from a commission from the city of Brussels to Alain Séchas in 2005. According to some reports it cost Euro 100,000 - I am not sure that I believe that but I do like it. 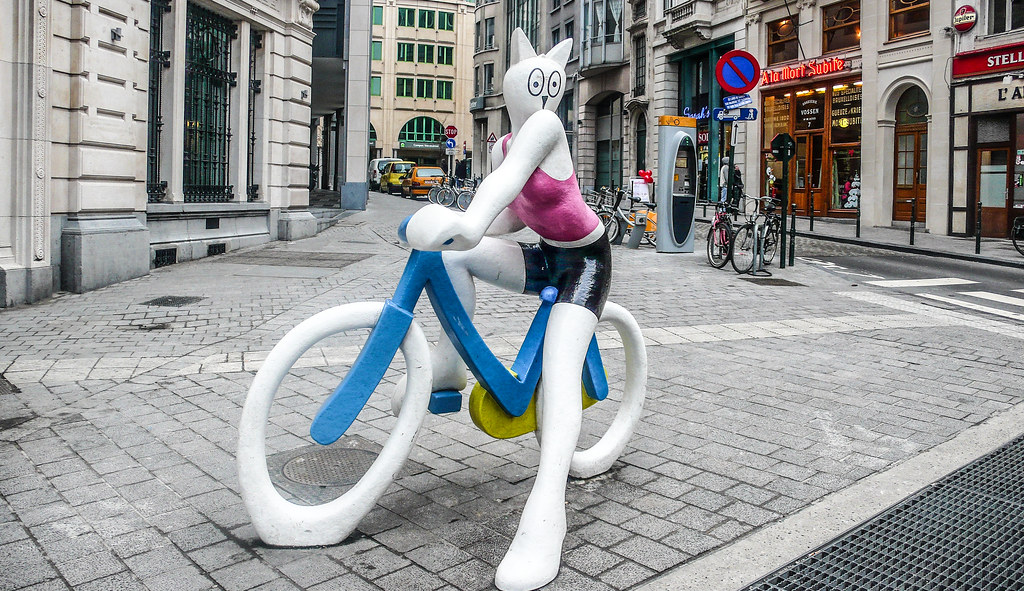